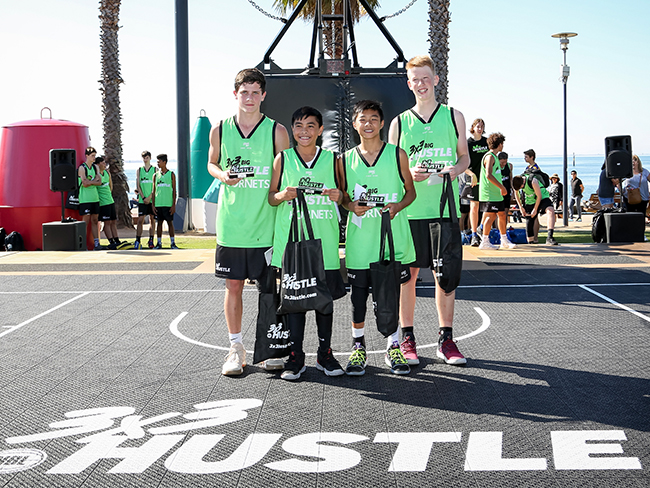 Back in January 2019, four boys from the Western Sydney Academy of Sport were chosen to represent their club at the NBL 3×3 Big Hustle State Championships at Homebush.

The four boys, Joshua Hill, Bailey Thom, Andrei Honrada and Ashton Pahanel were undefeated during this competition and took out the Under 14 State title.

From here the boys went on to compete in the NBL 3×3 Big Hustle National Championships held in Geelong on 13 and 14 April.

The competition took place at the amazing Steampacket Gardens waterfront area of Geelong. Games were played outside in a festival-style atmosphere which included DJ sets, food trucks and live performances.

The boys went home smiling after being crowned the first ever Under 14 NBL 3×3 Big Hustle National Champions!