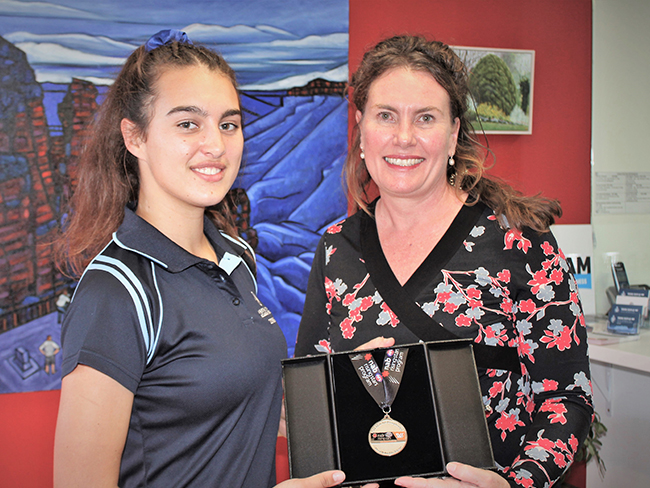 On Tuesday 11 June we had the pleasure of attending Trish Doyle MP’s office in Springwood to introduce her to AFL Girls athlete Brenna Tarrant.

Trish became an Ambassador for Brenna in May as part of the Academy’s Ambassador Program. Brenna is a talented young athlete who had plenty of achievements and aspirations to share with Trish.

Brenna is in her first year with the Academy and currently plays with the Premier division East Coast Eagles as well as being selected in the U18 NSW/ACT AFL Rams Youth team and the Giants VFL squad.

At the conclusion of the Ram’s first game against Tasmania, Brenna was awarded MVP.

Brenna says she “dreams of playing AFL at the highest level.”

We’d like to thank Trish for supporting the Academy and Brenna as a part of our Ambassador Family.