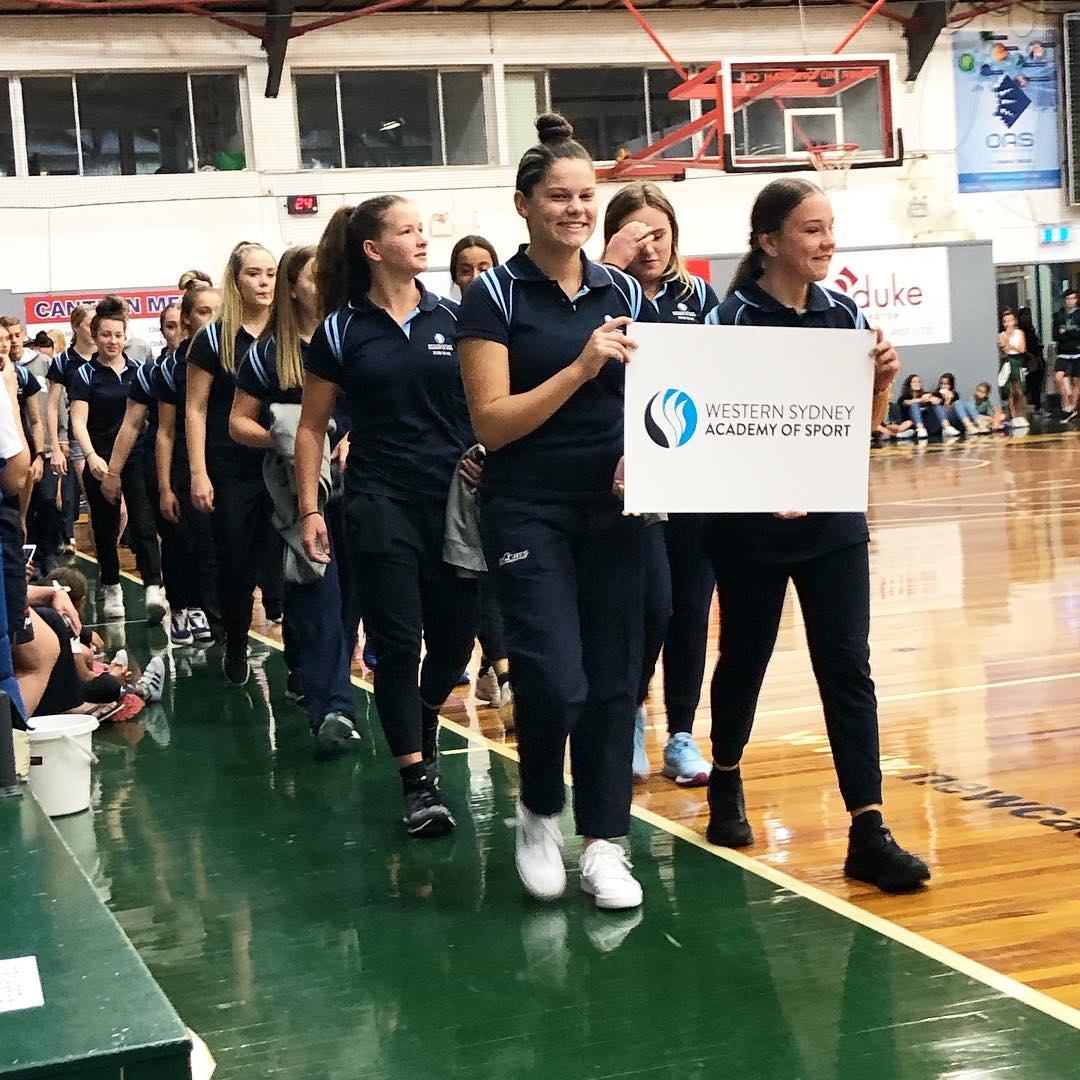 Last weekend the Western Sydney Academy of Sport saw over 80 athletes from 5 sport disciplines including AFL U16 girl’s, golf, netball, softball and triathlon compete at the Your Local Club Academy Games.

The Games, held in the Hunter Region and hosted by the Hunter Academy of Sport for the 2nd year, officially started with a Welcome Ceremony held at Broadmeadow Basketball Stadium in Newcastle. The ceremony showcased over 1,000 athletes from 11 Academy’s to Parents, supporters and VIP guests. As always, the Western Sydney Academy Athlete’s worked hard and had a great time doing what they love!

WSAS and WRAS combined to make a Girl’s AFL team and together showcased their impressive skills and team work. The girls played two games on Saturday winning their game against the AFL allies putting them in at 2nd place within their pool. On the Sunday the team again played two matches coming 1st against IAS and had a draw with SSA/NIAS/NCAS which put them in at 4th place by the end of the weekends games.

WSAS has always showcased strong netball teams at the Academy Games and this year was no different. With 25 players and 3 Umpires attending the Games the Academy made two teams – Division 1 and Division 2. On both days the girls displayed excellent skill, coordination and team work. A special congratulations to Lailah Mazzoleni from division 1 and Kylah Vaeila from division 2 who were both awarded Most Valuable Player at the conclusion of the Games.

Two teams – boy’s and girl’s attended the Academy Games Softball Tournament at Stevenson Park in Mayfield West. The girls with 13 athlete’s were a tough team to beat, winning 4 out of 4 games on the Saturday and coming in at 2nd place after versing SWSAS in the finals on Sunday. The boys who played with athletes outside of the Academy to make up a team of 12 showed off impressive skills coming in at 3rd place by the end of the Games.

The triathlon tournament took place at Cams Wharf with 8 Academy athletes in attendance. This was a fantastic weekend of racing with each athlete working hard and displaying incredible talent and stamina. The eight athletes all came home with great scores – special congratulations to Casper Larkin who placed 1st in the Junior B Boys and Sarah Dixon who placed 3rd in the ITU Junior Girls.

At the Academy we are so proud of all of our athletes for their great achievements over the weekend but we would like to make a special thank you to the volunteers, coaches, managers, parents and supporters for their hard work and commitment to the individual athletes and teams. We would also like to thank Sydney West Sports Medicine who sent 2 of their talented physiotherapists along to assist athletes with recovery and injury management.