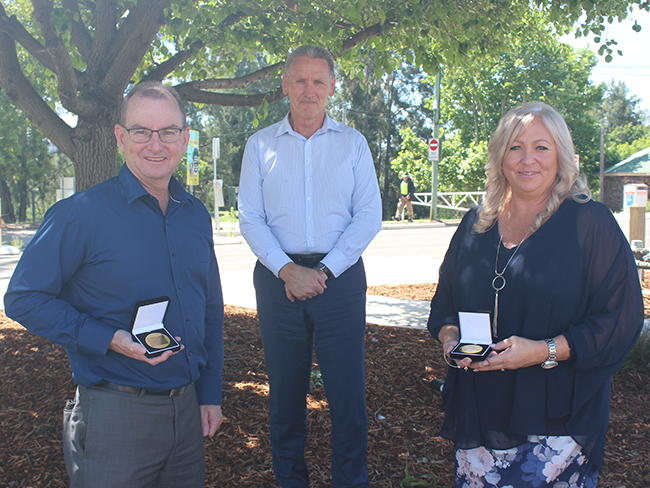 It is with great pleasure that the Academy has awarded two of our dedicated volunteers with Life Membership of the Academy.

Digital Realty Netball Head Coach Heather Smith has been recognised for her outstanding commitment and dedication to the Academy and the Netball program over the past 15 years. Heather started as the program’s Manager in 2005 before becoming Assistant Coach in 2006 and moving on to become Head Coach in 2008, a role which she currently holds.

Aside from her dedication to the Academy, Heather works with Netball NSW as a State Team and Emerging Talent Squad selector and is the current GWS Fury Premier League Team High-Performance Manager. She is also a Life Member of both Quakers Hill Netball Club and Blacktown City Netball Association.

Past Academy Softball Program Head Coach Brett Kirk was also awarded Life Membership after holding the roles of Softball Assistant Coach from 2010 to 2014 and then Head Coach from 2015 until the conclusion of the 2019/20 program.

Academy CEO Martin Bullock commented “Both of these very worthy recipients of Life Membership have epitomised the role of a dedicated and high-quality coach. They are two outstanding individuals who deserve this wonderful recognition.”