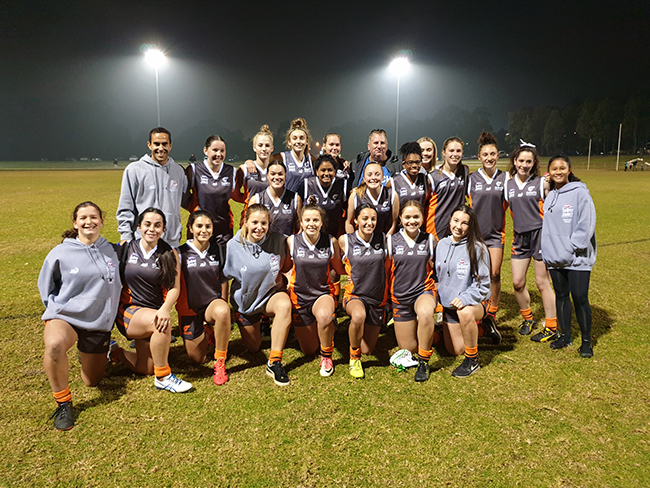 A handful of our talented AFL Girls athletes travelled to West Hoxton on 8 June to compete at the 2019 JS Sports Development and Representative Carnival.

The girls played hard with the U18’s winning the carnival and the U16’s finishing in second place.

Congratulation to all of the girls who played.