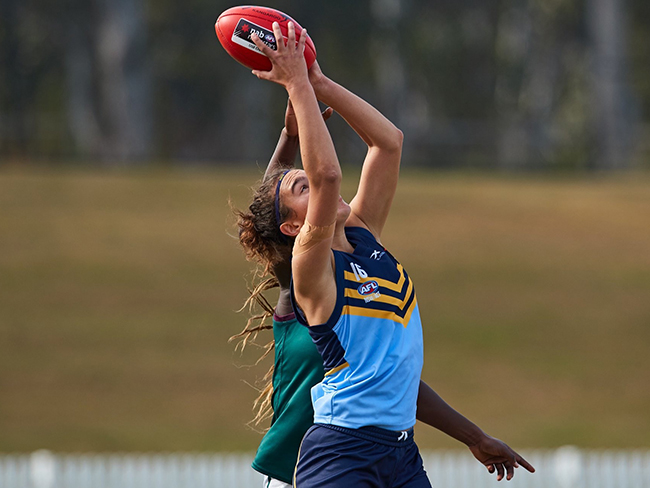 Brenna Tarrant, Emily Hurley and Georgia Garnett, three talented young AFL athletes were selected in the AFL NSW/ACT Rams team and kicked off the first round of the U18 Championships last weekend.

Georgia Garnett was named team captain for the weekend and at the conclusion of the games herself and Brenna Tarrant were awarded Most Valuable Players of round 1.

We would also like to congratulate Amelia Bennett and Bela McAlister-Nash who had the opportunity to attend the NSW U16s State Trials on Sunday 2 June.