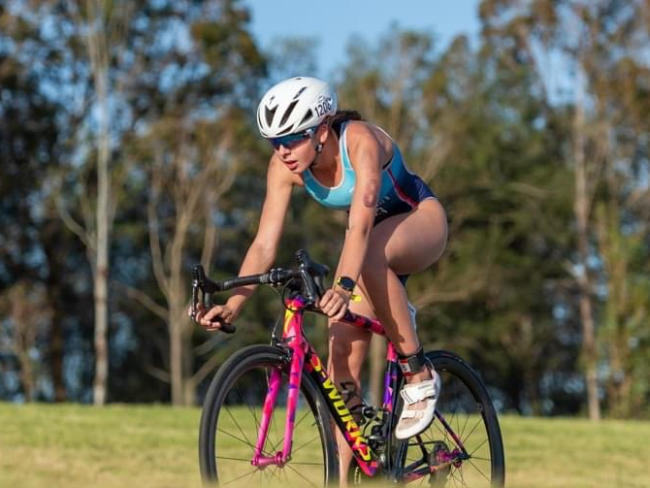 Talented young triathlete Ella-Kate Hussein is in her first year with the Western Sydney Academy of Sport and has had a hugely successful start to 2021!

Ella started off the year competing at the Panthers Tri Club Duathlon in January where she came first in the female super sprint.

In February, she competed in the Swimming NSW State Open Water Championship securing 9th place in the female division and qualifying for Nationals. She placed 5th in the junior female overall division at the Triathlon NSW Ritchie Walker Aquathlon and the following day competed at the Surf Life Saving Australia Shark Island Open Water Swim coming 4th in the 1km elite female and 5th in the 2.3km elite female. Ella came 2nd (female) at the Panthers Tri Club Triathlon and 3rd in the female overall sprint (all ages) at the Sparke Helemore Newcastle City Triathlon. She finished off the month coming 17th in the under 19 female and 5th NSW athlete at the Triathlon Australia ITU Elite and Junior Australian Championship