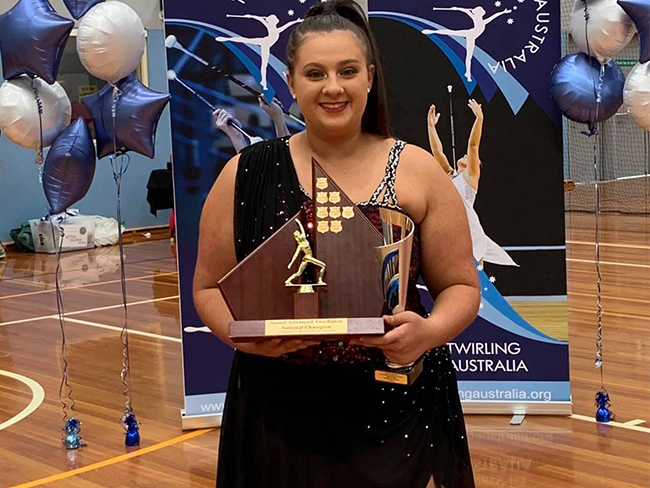 To cap-off the competition, Chloe was named Champion of Champions Twirler in both Two Baton and Freestyle Strut events.

Earlier in the year, Chloe was also selected to compete for Australia at the World Baton Twirling Federation’s 2019 International Cup, which was held in August at Limoges, France.