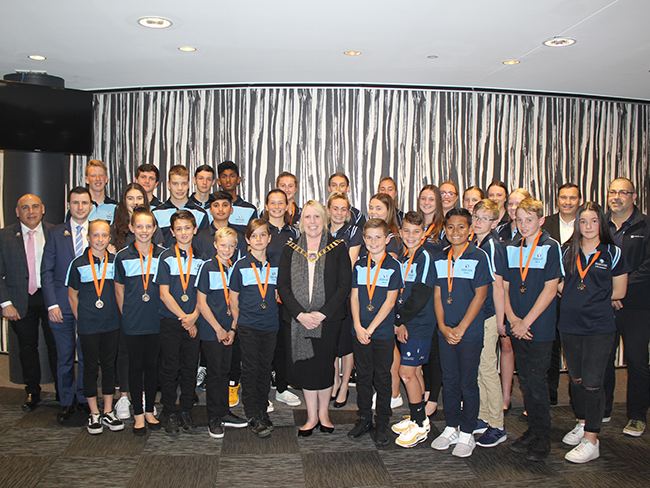 Athletes from the Western Sydney Academy of Sport had the pleasure of attending a reception hosted by the Mayor of The Hills Shire Council on Thursday 22 August.

29 young, talented athletes represented sports including AFL, Basketball, Netball, Softball and Triathlon. The athletes were individually congratulated by Mayor Dr Michelle Byrne and presented with a certificate and medal to commemorate their participation with the Academy and sport in The Hills Shire.

Mayor Byrne commented, “it is an achievement in itself to be accepted into such an elite program. It also reflects all the hard work, commitment, training and passion these incredibly talented athletes have for their respective sport”

AFL athlete Georgia Garnett spoke on behalf of the Academy athletes to thank The Hills Shire Council and Academy Partners for their continual support.

Academy Chief Executive Officer Martin Bullock said, “our Academy athletes receive tremendous support from The Hills Shire Council, and the large representation of local talented athletes in our programs is testament to the strength of the talent pool and standards of local sporting facilities