Cyclists Compete at the U19 Track Nationals 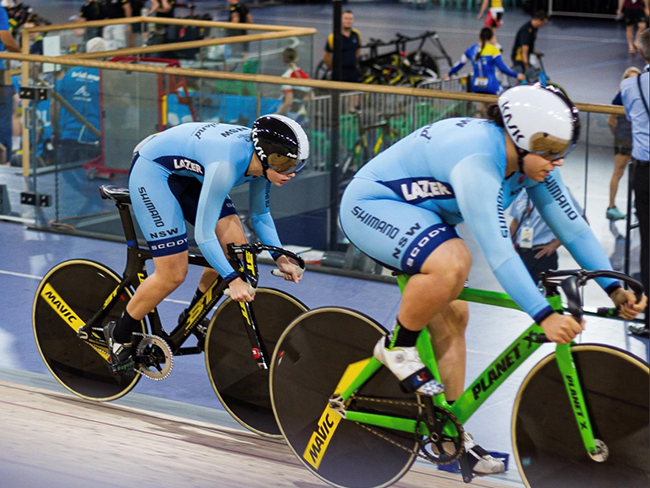 We are excited that two of our cyclists, Daniel Samuel and Georgia Bonora were selected to represent NSW at the National Track Cycling Championships held in Brisbane last week.

The week started well with Georgia competing in the U19 women’s team sprint and taking out Gold in a very close final. Georgia also competed in the sprint and Kieren events and gained so much experience at the elite level of the sport.

Daniel Samuel competed in the men’s division of the same three events as Georgia and was the fastest qualifier in the team sprint but was piped on the line and took Sliver. Daniel’s next event was the Kieren race, he had unfinished business in this event after being crashed out in last years final when he was in a podium position.

This event is considered the rough and often wild event of the sport and did not disappoint with the riders rubbing elbows at 65-70 kph. Daniel rode the perfect race considering he was boxed in on the bottom of the track but was still able to place 3rd and create history with NSW taking 1st, 2nd, 3rd place.

Daniel also rode the sprint event making 1/4 finals but did not progress further.