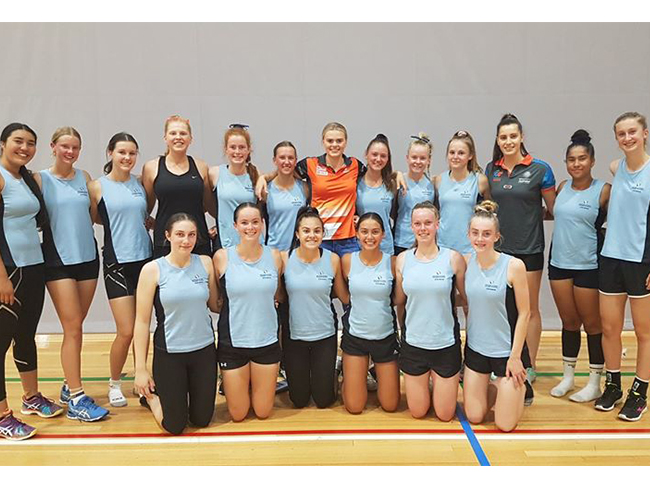 What a fantastic way to finish our 2019 Digital Realty Netball program!

Angelina was in our 2014 program and has since joined the Canberra Giants playing in the Australian Netball League.

The two girls spoke to the squad about their netball careers and showed them a few tricks for on the court with Matilda working our defence end and Angelina the attack end.

Thank you for coming girls and good luck to all of our Digital Realty Netball program graduates. We can’t wait to see where you go from here!