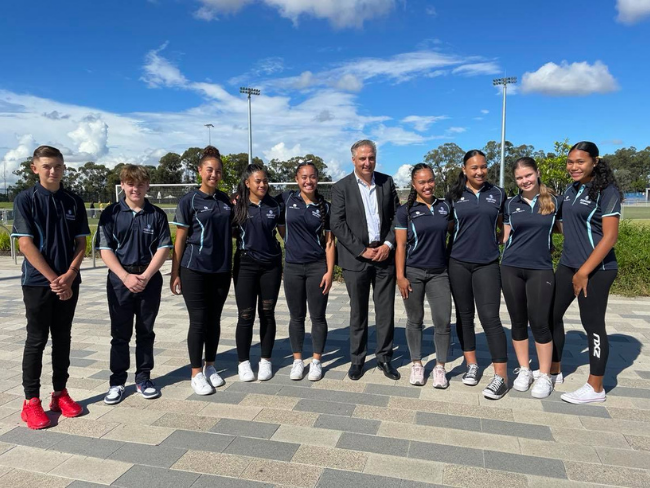 Meeting at Fairfield Showground, athletes from sports including Cycling, Netball, Netball Umpiring and Softball spoke with the Mayor and were able to share their sporting achievements, commitments and goals.

The Academy’s athletes – all local residents – were:

Mayor Frank Carbone commented that “We have so many talented sportspeople in Fairfield City and a long history of men and women representing us at the elite level.

“That’s why we support the Western Sydney Academy of Sport to provide our current young athletes the best chance to succeed.”

Academy CEO Martin Bullock also commented “Our Academy focuses on preparing athletes for the elite levels of sport, and we greatly appreciate the support that Fairfield City Council provides for its local athletes. It is critical in enabling us to offer these vital services for Fairfield’s most promising young athletes”.