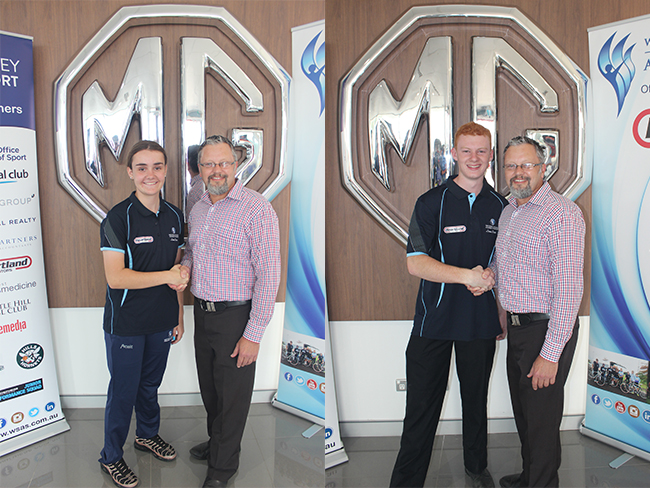 The Penrith Valley Sports Foundation has just announced the winners of both the Junior and Senior Athlete of the Month Awards for December 2019 and two of our talented Heartland Motors Lone Star athletes have taken out the titles.

Congratulations Danielle Fleming who was the Junior winner and James Paterson, the senior winner.

Danielle has been competing in BMX since she was 9 years old and has made some major achievements since.

James Paterson is another talented BMX athlete. James came 5th in Australia at the 2019 17-24 Men’s Cruiser class at the BMX Nationals qualifying for the Australian BMX team for the third time in a row and placed 3rd at the 2019 NSW State Series.

In 2019 James also entered multiple races as a ‘Junior Pro’ in the Junior Men’s category at State level and finished 19th out of 49 in this category at the NSW State Series.

Both athletes have continually worked hard to get to where they are and should be very proud of all of their achievements.