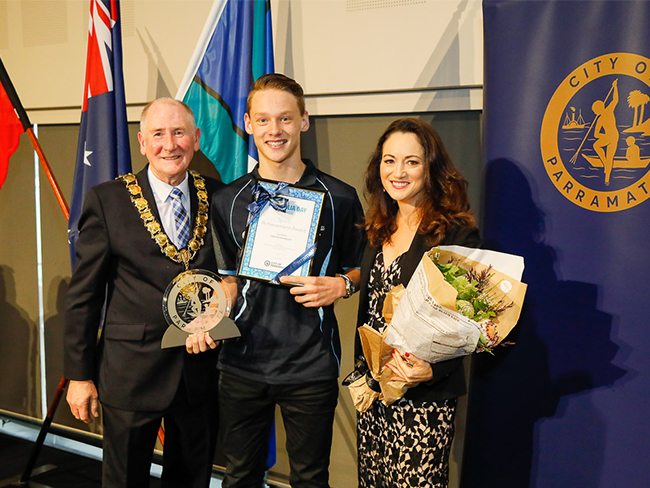 Harrison, who has been training since he was just five years old has had a very successful sports career to date with the help of his coach Sensei Ricky Rigor and PDK Dojo.

Harrison has recently expanded into a coaching role in the sport, preparing two NSW teams for the Children’s team Kata division at the National Championships. The result was fantastic for the NSW squad with the two teams meeting in the final bringing home the gold and silver medals.

While he still has many years of competition left, Harrison enjoys the role of coaching and would like to take on more responsibility in this area in the coming years.

Harrison received this award because of his dedication and high level of achievement in his sport at such a young age. He is not only a determined athlete but is driven to help young athletes achieve their dreams.