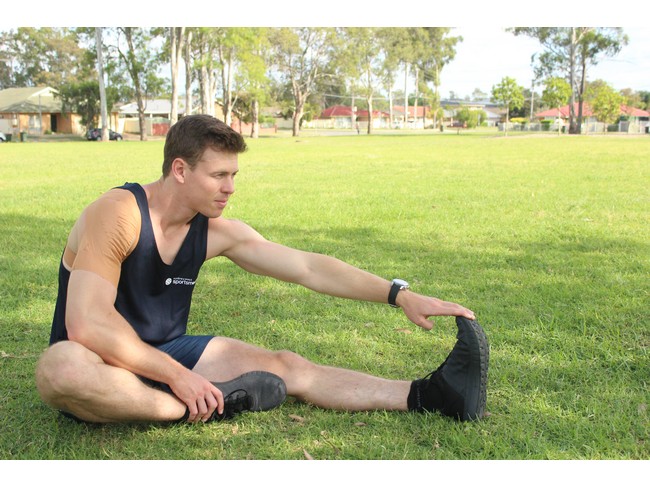 Now John Mellencamp understood and for those those accustomed to regular exercise, Delayed Onset Muscle Soreness, DOMS is a normal part of training and competition and often a welcome sensation for some.

DOMS, or delayed onset muscle soreness, is exercise related muscle pain that occurs after heavy or unfamiliar exercise, and most commonly occurs after eccentric exercise which is where a muscle lengthens under load such as the down phase of a bench press or squat. This could happen after playing two games of rugby on a weekend when you’re used to only playing one, completing an extra training session for the week, increasing your weights at the gym, or going for a 20km run when your used to running 10km.

DOMS typically develop within 24 hours of unfamiliar exercise and peaks 48-72 hours post exercise1, in some cases lasting up to 5 days.

DOMS may result in;

DOMS is like the common cold of the sports and exercise world – there is no cure!

Once you have DOMS you’ve got no choice but to wait it out. Unfortunately, there are no methods we have found that can successfully alleviate DOMS, although symptoms can be temporarily eased with light exercise, heat and stretching. There is plenty of evidence suggesting that stretching before or after exercise does notalleviate DOMS as previously thought.2,3,4

Although DOMS can be quite painful and uncomfortable at times, there are no long-term harmful effects. However, each time you overload your body, whether it be by increasing resistance, intensity, duration or type of exercise, you run the risk of experiencing DOMS again. Luckily, DOMS is a part of our body’s process of adaptation, and once you’ve had DOMS after a certain activity you are unlikely to suffer DOMS again (or at least to the same extent) for the exact same activity.

So the next time you feel that “good hurt” in the days following a workout, be prepared to wait it out knowing that you’ll come back better and stronger!