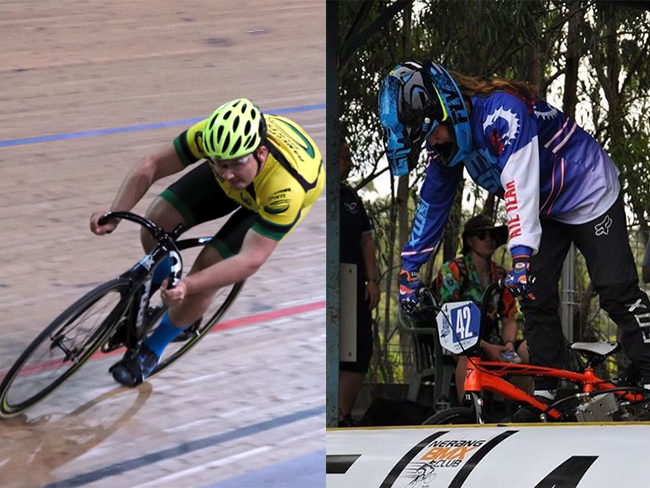 This month the Academy is proud to announce that two of our athletes have been named Penrith Valley Sports Foundation Athletes of the Month!

Daniel has been in the Academy Cycling program since 2018 and has made many great achievements in that time. Most recently Daniel was named in the 2020 NSW Cycling State team to compete at the National Championships after he placed 3rd in both the Sprint and Kerin at the NSW State Championships.

Last year, Daniel finished 13th out of 103 riders at the National Junior Track Series, 3rd overall at the Omnium Championships and 2nd overall in the Metro State Championships. He also made the 2019 NSW State team.

Nicola has just finished her first season in the Academy Heartland Motors Lone Star program. In January of this year, she was selected as one of 14 BMX athletes in the 2020 BMX NSW State team to compete at the 2020 BMXA National series.

In 2019, Nicola was named the National Series Champion and the NSW State Title Champion for her age. She also came second in her age at the ACT State Championships and made multiple finals in superclass/pro including coming eighth in NSW for superclass.