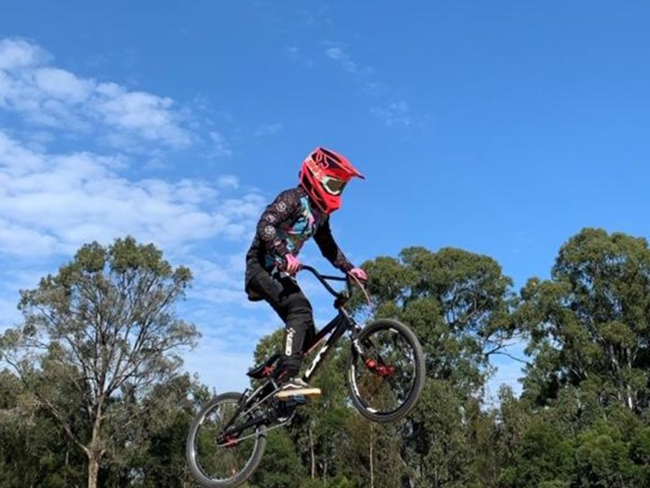 Tyra-Leigh is a passionate BMX athlete competing for Penrith BMX Club. She is currently being coached by former Olympic BMX athlete Luke Madill.

A long list of achievements made Tyra-Leigh a worthy recipient of the award! Back in 2017, Tyra-Leigh was named as her school’s Sports Person of the year.

In 2018, Tyra-Leigh was a member of Team BMX Edge. She also competed in the NSW State Series and came in second place.

Congratulations Tyra-Leigh! We can’t wait to see what you achieve this year!