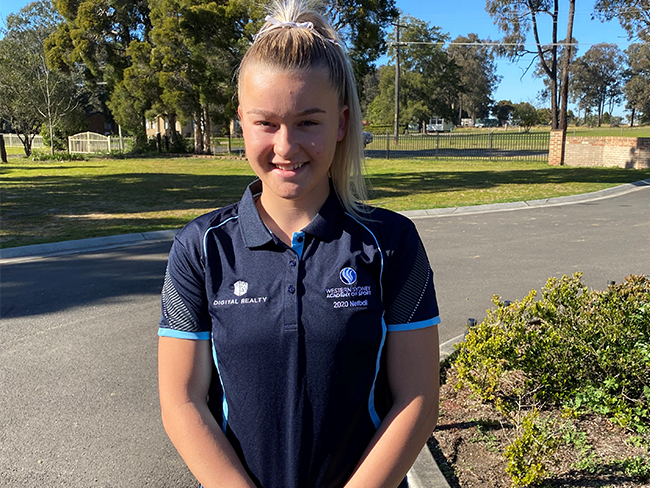 Jayla plays for the Penrith District Netball Association and attends the Hills Sports High School on a sports scholarship that she was awarded for her netball achievements.

In her personal time, Jayla attends strength and conditioning PT sessions, shoots a minimum 100 shots every day and trains weekly with a premier league netball player on a one-on-one basis.

Jayla played in the U12’s Penrith State Age netball team in 2018 and the U13’s team in 2019 which was awarded back to back champions.

In 2019, Jayla was selected in the Junior Netball team Under 15’s and was the only Junior to be selected to be part of the Opens. She also received the Best and Fairest award for Junior Netball at school. In the Netball offseason, Jayla often plays with her high school touch football team.

This year, Jayla played in the U14 state cup for touch football and her team came first in the Southern Conference. She was selected in the U14 Waratahs team to represent Indoor Netball NSW at the 2020 Indoor Netball Australia Junior Tournament and was named in the 2020 Western Sydney Academy of Sport Netball squad.

As a member of the Western Sydney Academy of Sport, Jayla was selected as one of 18 athletes to participate in the Academy Ambassador Program after being selected by St Marys Leagues Club.