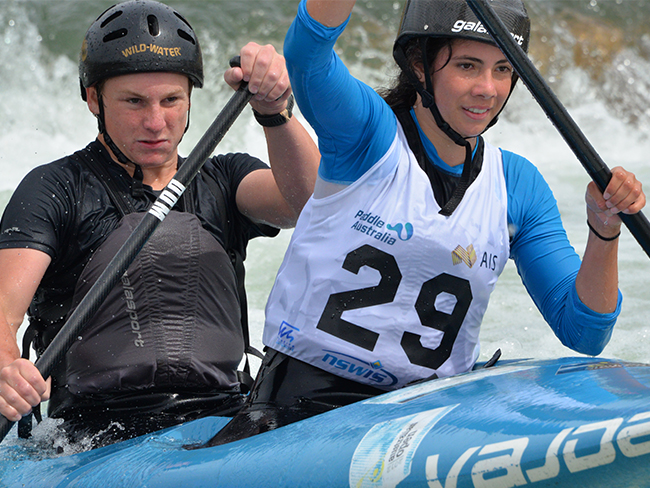 Eleven members of our Canoe Slalom Squad attended the event and came home with admirable results.

Dominic Curtin achieved Gold in the U14 K1M putting him in 15th place overall. He was also the fastest in the U14 C1M however there were insufficient paddlers in the age group to make a class, he did however place 14th overall in the C1M.

Miranda Pulkkinen also won Gold in both the U16 C1W and the U16 K1W. Overall she finished the C1W in 5th place and the K1W in 4th place.

Miranda and Dominic paired up for the U16 C2MX and finished with yet another Gold medal!

Kaylen Bassett, who has just returned from competing overseas won Silver in the U23 C1M which put him in 3rd place overall. His brother, Lachlan Bassett finished just behind him in 4th place for the U23 C1M and 6th overall.

Two Academy Alumni, Noemi Fox and Ian Borrows also competed on the day. Noemi won Gold in both the overall C1W and K1W and Ian won Silver in the overall C1M.