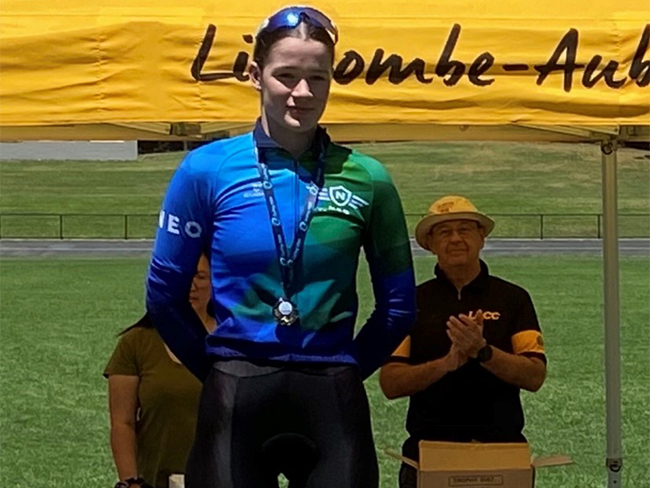 The second event was the scratch race and despite the hot conditions, both athletes fought hard to take out 2nd place in their respective divisions.