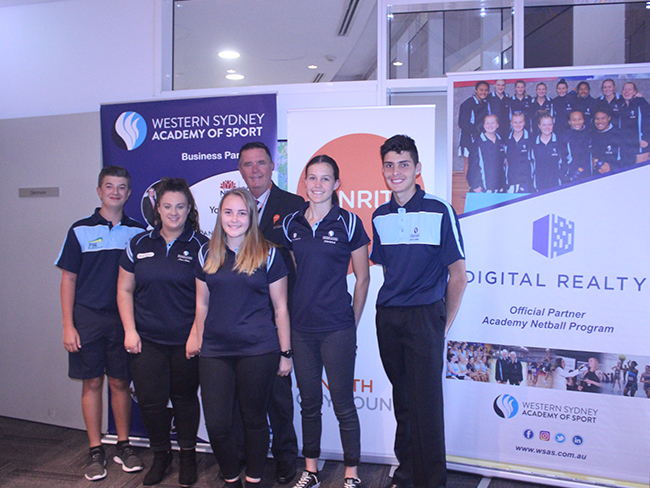 On Monday 13 May, five talented athletes from the Western Sydney Academy of Sport attended an afternoon tea hosted by the Penrith City Council. The athletes were able to share their journey including achievements, commitments and goals with the Deputy Mayor Cr Greg Davies and Academy Director Andrew Robinson. Also in attendance were Academy staff and parents all of whom we extend our thanks to for their dedication to our athletes.

The Academy would also like to extend their thanks to the Penrith City Council who have been supporting the Academy since its inception.