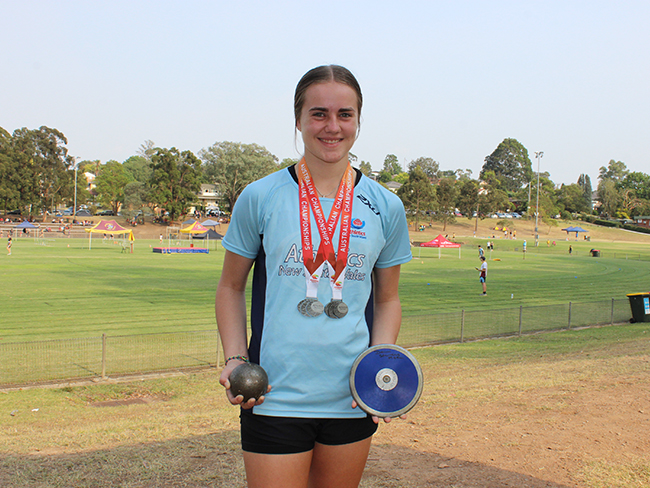 Rachel competed in the Javelin and won Gold with a new Zone record, she also won the Shot Put and Discus convincingly. The other events she chose to compete in were 100m sprint, 80m Hurdles and the Long Jump.

She qualified for Regional Championships, taking place in February, for all six of her events.