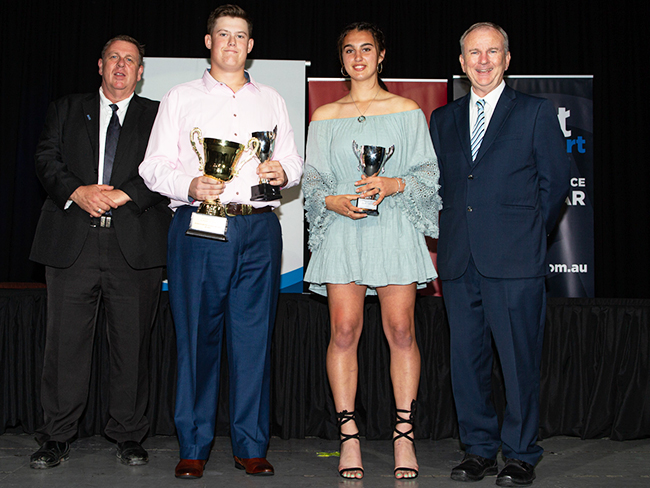 Over 300 attendees included athletes, families, staff and many of the Academy’s key stakeholders.

Paige spoke with Fiona about her experience with the Academy saying, “they teach you to fight back and build resilience, it opens new doors and gives opportunities to break through to an elite level.

“It’s about the journey and making new connections along the way” she said. “I can look back and still talk about memories from the Academy.”

The dinner was an opportunity to celebrate the involvement of over 240 athletes in the Academy’s programs and as has been the tradition, one athlete from each sport program is selected to receive an Athlete of the Year award.

This year’s recipients include:

The Team Athlete of the Year award is given to one athlete who has showed dedication in a squad-based program. This year it was taken out by softball athlete Bridie Murphy and the event culminated with the announcement of Woolworths Scholarships for the highest achieving male and female athletes.

The two Woolworths Scholarship winners were: