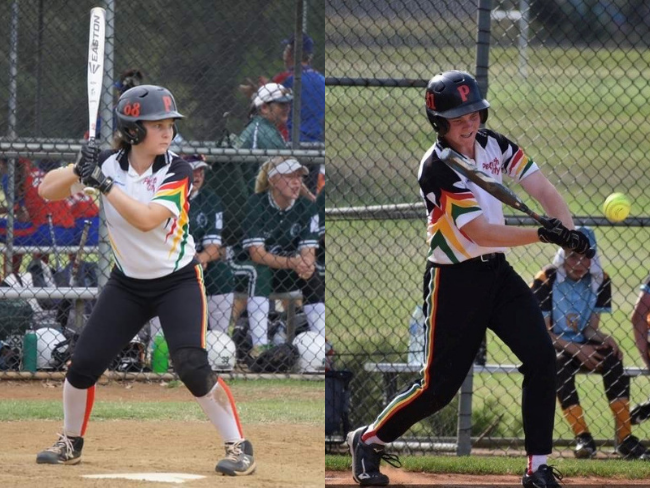 Over the last two months, two of our talented softball athletes Ciara Saunby and Brad McCarthy have been named Penrith Valley Sports Foundation Junior Sports Stars of the Month!

Ciara has been a Penrith City Softball Representative player since she was 7 years old and has played in the following age groups: Teeball, U13’s, U14’s, U15’s, U16’s and U18’s.

In 2018, Ciara was selected for the NSW U12’s Invitational Team travelling to Japan, to play their school competition over 10 days.

In 2019, Ciara was selected to attend the Hills Sports High School talented sports program for softball. That year she also played in the Blacktown International Sports Challenge playing against teams from Japan and New Zealand. She was selected again to compete in 2020 but unfortunately due to Covid-19, the event did not go ahead.

At the start of 2020, Ciara played for the NSW Metro Green Team, winning the National Championship.

Ciara was also a member of the 2021 New South Wales U16 girls State Squad.

Fifteen-year-old Brad McCarthy is a softball athlete competing for the Penrith District Softball Association since 2013.

Some of his recent achievements include being selected in the NSW Combined Catholic Schools Team and the NSW Metro Team. He was selected to compete at the Blacktown Junior International Challenge which unfortunately didn’t go ahead due to COVID-19.

Most recently Brad was selected in the New South Wales 2021 Under 16s Boys Squad.

Both Brad and Ciara have been members of the Western Sydney Academy of Sport since 2019.