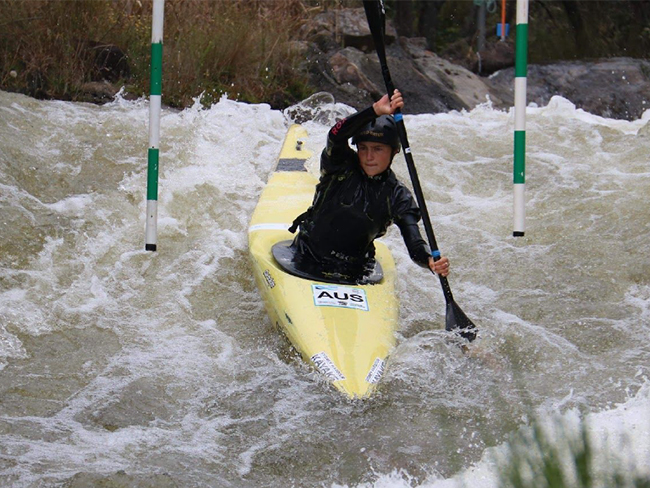 Canoe Slalom athlete Sophie Wilson has made some major achievements in the last few months!

In the past year she has been selected to compete with the Australian Canoe Slalom Junior squad, travelled internationally to compete on multiple Olympic whitewater courses, won the Western Sydney Academy of Sport Canoe Slalom Athlete of the Year Award and much more!

Most recently Sophie has been awarded the Penrith Valley Sports Foundations (PVSF) Junior Athlete of the Month for November. As a result, she has automatically been nominated for the PVSF Junior Athlete of the Year award which will be announced at an annual awards dinner in September 2020.

Congratulations Sophie and keep up the great work!