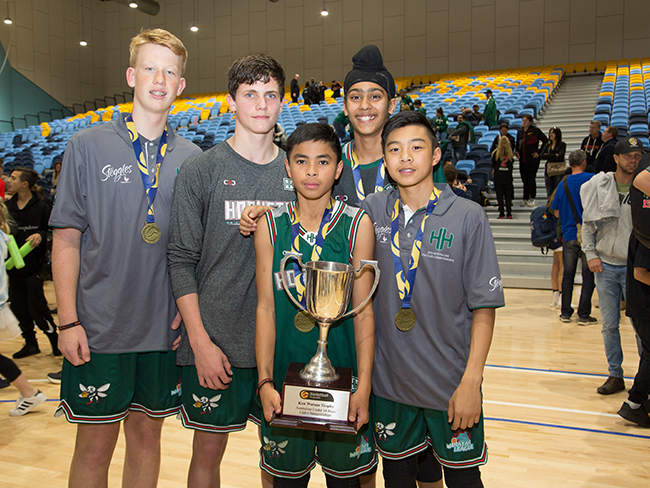 Five academy athletes have finished their basketball season on a high this month.

The boys took out the Basketball NSW Sydney Metro Junior Waratah League Championship in August. Later that month they went on to take out the NSW State Championships held in Maitland, NSW.

Last week they travelled to Ballarat, Victoria to play in the Australian Under-14’s Club Championships; a National competition which sees the best 24 teams from all over Australia competing for the title.

The week long competition was fierce and tested their physical and mental abilities. Their competition journey saw them second in their pool heading into semi finals.

They fought hard against strong teams from VIC, SA, WA and QLD to ensure their spot in the Grand Final. All boys took on the challenge and they defeated Hawthorne in an epic Grand Final matchup in overtime, 52-49.