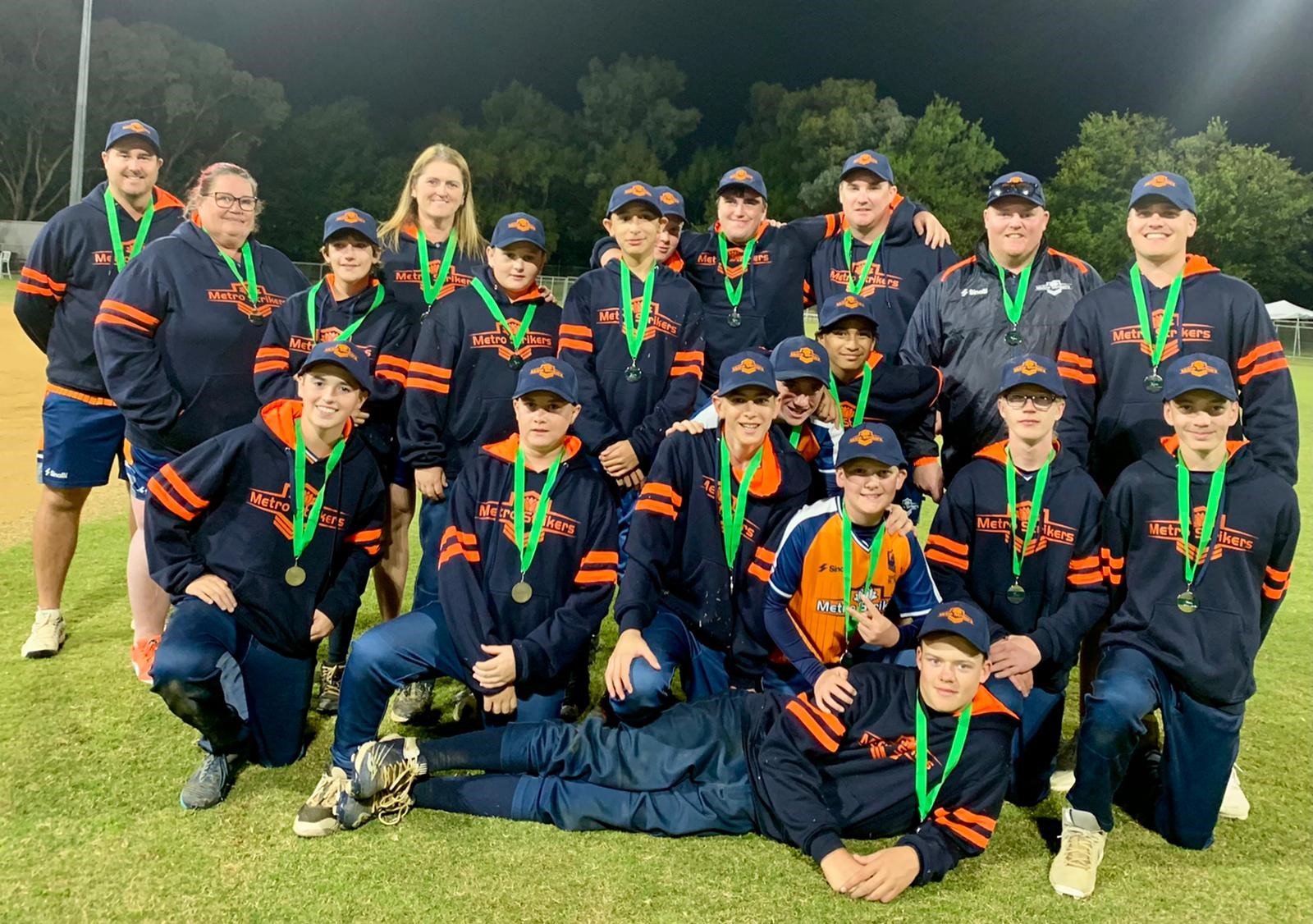 The U14 Boys NSW Country Sliders had a slow start with losses against NSW Metro Strikers, QLD, VIC and NSW Metro Slammers but recovered well and had a couple of strong wins against ACT, SA and in a second game against Victoria. The Country Sliders made a comeback in their last game against Metro Slammers and only lost by one run. Congratulations Riley you should be proud of your efforts over the weekend.

The U14 Boys Metro Strikers started their weekend with a couple of solid wins against VIC and the Country Sliders, before an unfortunate loss to QLD. The Strikers went on to win the remaining of their games against the rest of the teams except QLD. Their performance over the tournament put them in a good position to take out the cup but unfortunately had a disappointing loss against QLD in the grand final. Congratulations Jonathan, Jordan and Liam on being awarded the runners up and taking home the silver medal.

The U14 Girls NSW Metro Slammers began the weekend with several close losses against QLD, Metro Strikers and Country Sliders, before a convincing win against ACT. The Slammers won their next few games before losing their last game to the Metro Strikers. Congratulations to Alisha, Amelia, Imogene, Kara and Tanika you should be proud of your efforts and achievements over the weekend.

The U14 Girls NSW Country Sliders started their campaign with a loss against a dominant QLD side before regaining their confidence with strong wins against SA, Metro Slammers, VIC and ACT. There was some strong WSAS competition when the Sliders took on the Metro Strikers on the Saturday afternoon, where they unfortunately lost. The Sliders had a convincing win against SA before ending their campaign with an unlucky loss against the Metro Slammers.

The U14 Girls NSW Metro Strikers started their weekend with some solid wins against SA, Slammers and ACT before an unlucky loss to a dominant QLD. The Strikers continued their campaign with a couple of wins before facing the QLD team again. A win against the Slammers in the semi-final put them in a good position for the grand final but unfortunately, QLD was just too strong. Congratulations to McKenzie on being awarded runners up and taking home a silver medal.