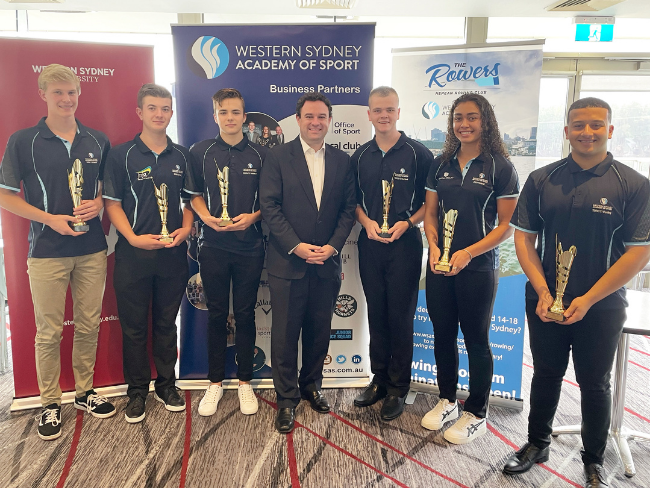 The Western Sydney Academy of Sport celebrated their annual athlete award recipients in a presentation with The Hon. Stuart Ayres MP, Member for Penrith on Friday 3 December.

Six talented young Penrith based athletes and their families met with Stuart Ayres at the Nepean Rowing Club where they discussed their achievements and thanked Mr. Ayres for his ongoing support of the Academy.

The Academy’s award recipients were:

The Annual Athlete of the Year is awarded to one person from each program who has showed hard work and determination throughout the duration of the program. The Woolworths Scholarship – the Academy’s most prestigious award – is presented to the highest achieving male and female athletes. In the past, this scholarship has been awarded to high-achieving Penrith athletes such as Jessica Fox and Taylah Tsitsikronis.

The Academy is proud to present these awards, during what has been a tough year for young people and is looking forward to following each athlete in their future sporting endeavors.